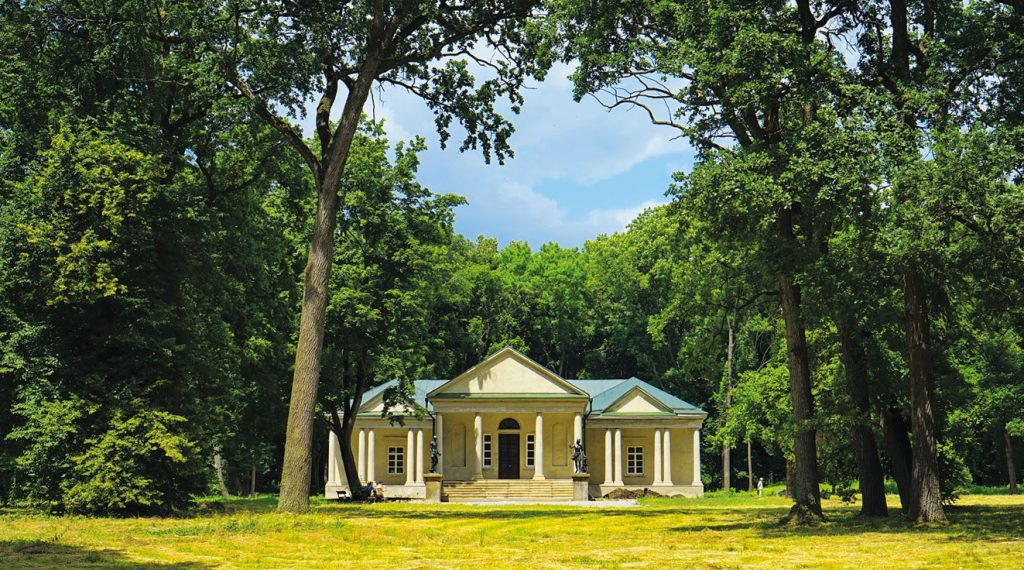 The history of Alexandria Park.

Like Uman’s Sofiyivka, Alexandria Park is named after its owner, Countess Alexandra Branitskaya, the wife of the crown hetman of Poland. Having received the estate of Bila Tserkva (87 km / 54 mi south of Kyiv) as a gift from her husband, the countess wished to create an elegant romantic park at her residence, no less marvelous than European models, and give it her name. The French architect Muffo drafted the general development project; gardeners and landscape architects were also discharged from Europe.
The park contains compositions that successfully take into account the forest-steppe landscape and the picturesque Ros river. Gazebos and pavilions were built on islands and elegant bridges were flung across the channels. The park’s vast territory includes ponds, waterfalls, flower beds, greenhouses, and orangeries. The paths are decorated with numerous marble and bronze sculptures, from Chinese women and Chinese wise-men to images of Mercury, Diana, and a statue of a Greek warrior. The Rotunda and the Echo colonnade, with its excellent acoustics, are very popular among visitors – if you whisper a word at one end, it can be heard perfectly at the other. 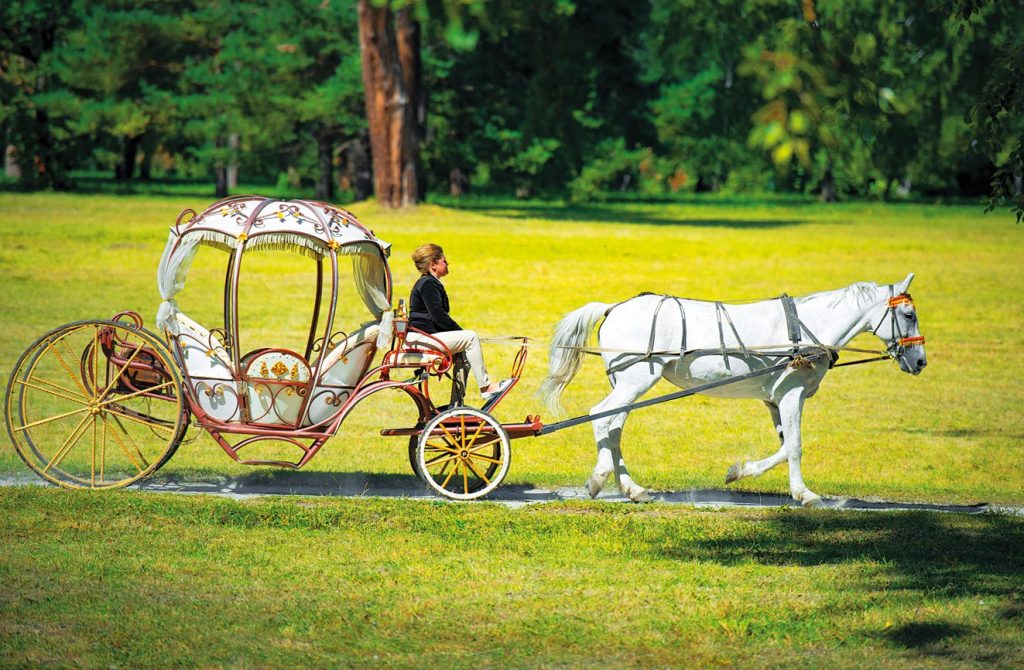 Unfortunately, the park was badly damaged in the first half of the 20th century, and especially during the Second World War. The Austeria Palace, the Ballroom, and the Royal Pavilion have not survived. Today, Alexandria is one of the largest parks of its kind in Europe and the second largest in Ukraine. Its area is slightly more than 200 hectares (494 acres). The main thing to do is take some sandwiches and a blanket, for a break, and don’t forget to wear comfortable shoes. 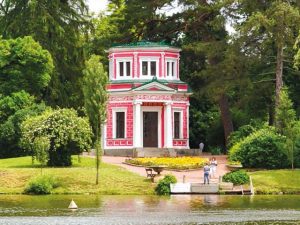